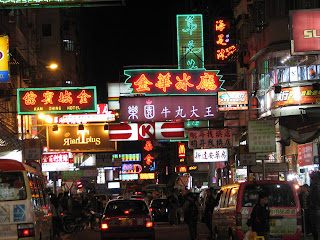 Hong is a remarkably vibrant city. It's name means "fragrant harbour" and much of the life of the city continues to be centred on the harbour between Hong Kong Island and Kowloon. Hong Kong has a population of 7 million and is one of the world's financial capitals having the 6th largest stock exchange in the world. When Hong Kong returned to Chinese sovereignty in 1997 it was given a special status and continues to have its own currency, visa requirements and laws. 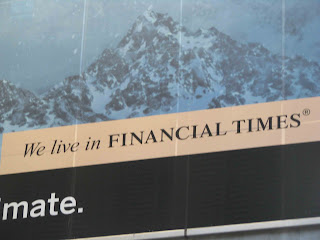 We live in financial times could be the motto for the start of 2009. The global financial crisis is having a huge impact around the western world and around the Pacific Rim. The Hong Kong newspapers are full of firms and individuals in bankruptcy. 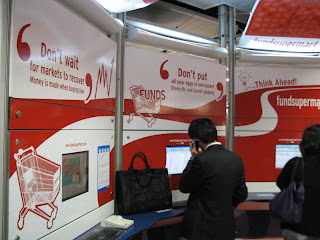 Still people continue to try to buck the market. These booths offer share trading facilities in the railway station. Much has been written and spoken about confidence, trust and faith over the past weeks. Many who preached a doctrine of the "purity of market forces" and the clarity of the "bottom line" have redrawn their positions with some haste. But for all the pain and hardship that poor regulation, misplaced faith and unfettered greed has caused in the world, belief in the power of money and the market is still strong. The religion of the worship of money as the key to security and happiness has many high priests. 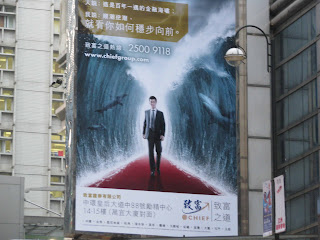 This executive apparently has the power to part the sea. I am not sure if Moses got quite as good a view of the sharks and sea life or if the Chinese business man led anyone to the promised land. It is interesting imagery for a predominantly Buddhist and Taoist state. 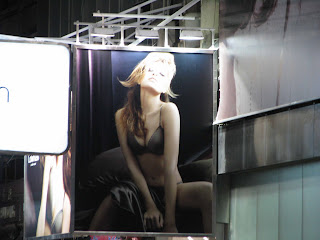 Sex, of course, continues to be used to sell but the choice of image is again confusing. 95 % of the population is of Chinese descent so why use a western woman? Is it more aspirational to be or have a sexy westerner or is it less appropriate for a chinese woman to be portrayed in this way? 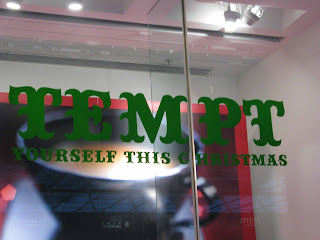 Temptation can make many forms but for all that consumerism promises it delivers very little of substance. Like many temptations the rewards are short lived and leave us wanting more. 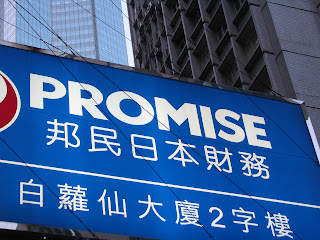 For my generation the idea that banks may not be able to keep their promises is the final betrayal. We stopped believing in families, politicians and heroes some time ago. There are no guarantees and precious little hope. 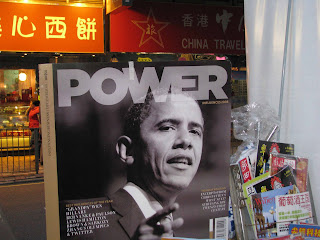 Which makes it hard for the new president of the United States, who is often described as the "the most powerful man on the planet". He takes office at a time in history when macro economic and environmental forces somewhat dwarf political power. He comes promising hope and embodies a remarkable story but he may find it hard to have much influence. 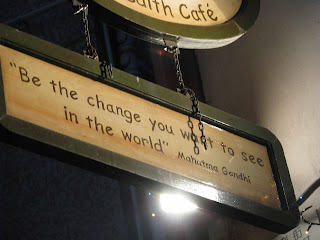 The quote from Ghandi finds echoes in the most famous inauguration speech:

"In the long history of the world, only a few generations have been granted the role of defending freedom in its hour of maximum danger. I do not shrink from this responsibility—I welcome it. I do not believe that any of us would exchange places with any other people or any other generation. The energy, the faith, the devotion which we bring to this endeavor will light our country and all who serve it—and the glow from that fire can truly light the world.
And so, my fellow Americans: ask not what your country can do for you—ask what you can do for your country.
My fellow citizens of the world: ask not what America will do for you, but what together we can do for the freedom of man." 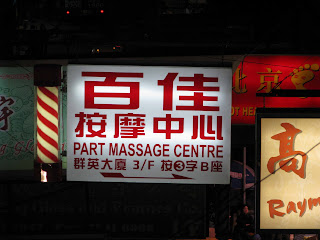 Perhaps the best we can hope for at the moment is that some things will feel a little better. i am not sure which part gets massaged at the centre but obviously a whole massage is out of the question. Maybe it is part of the cutbacks. 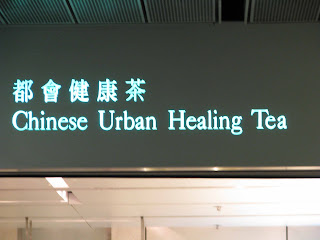 As to whether Chinese tea has the power to heal cities or if it just heals people in cities I guess looking at the original language may give more clue to the intentions of the writer but if you are not going to put your trust and hope in Jesus you may as well put it in tea as in money. 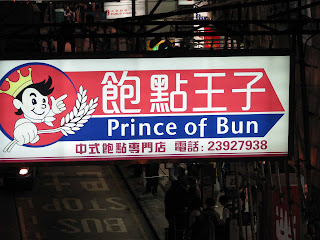 If there is no place for the Prince of Peace maybe we should go with the Prince of Bun. Although I do find it hard to believe that this is a global franchising opportunity waiting to happen. I do believe that of the increase of his government there will be no end and that He is not confounded by the financial crisis and that there are opportunities for his people in this in Hong Kong, around the Pacific and indeed around the World. 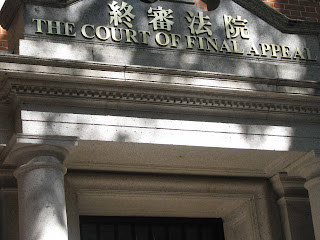 In the concluding words of the JFK inauguration speech:
"Finally, whether you are citizens of America or citizens of the world, ask of us the same high standards of strength and sacrifice which we ask of you. With a good conscience our only sure reward, with history the final judge of our deeds, let us go forth to lead the land we love, asking His blessing and His help, but knowing that here on earth God's work must truly be our own."
Posted by Nigel Pollock at 12:41 AM 1 comment: