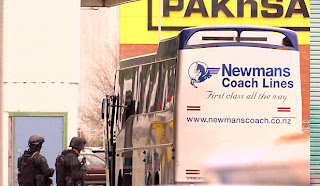 In Napier this week a man on a bus claimed to have a bomb. He was in the toilet of the coach at the time and his threat resulted in an armed response unit on site, police cordoning of a large section of the city and a negotiation conducted by mobile phone. Eventually he surrendered and it transpired he did not actually have any explosives. The newspaper reported that "the man had earlier been trying to talk to passengers on the bus about God". Now I have a number of issues with this. 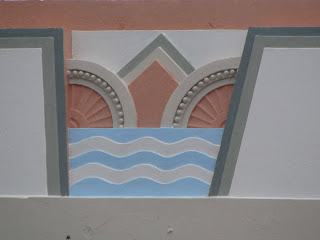 Firstly it gives talking to people about God a bad name. Your average reader is moved from "nutcase" to "religious nutcase" and suddenly it becomes clear. It is their attachment to religion that has caused this craziness. Religious people have given God a bad reputation through their actions, which has had negative consequences from The Crusades to Richard Dawkins. Usually these actions have had zip all to do with God. The way that evangelism is being done in many places is putting people off engaging with Jesus. There is a weirdness factor that comes from making talking about faith an activity rather than an extension of life and conversation. 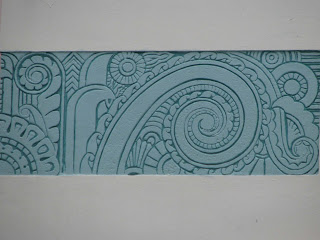 Secondly it erodes confidence in God. People start to think that if these are the kind of people who follow God then I don't want anything to do with him. I am talking briefly on the radio on Monday about the rise of Atheist and Secular Societies on Campuses. In the US the Secular Student Alliance added its 160th affiliate campus group last week and reports that demand for their group starting packets are high. "It’s been a challenge to keep up with the demand for services, especially group-starting packets and follow-up," said Lyz Liddell, senior campus organizer, in a statement earlier this month. "That’s a nice problem to have." The number of SSA campus affiliate groups has increased from 100 in 2008 to 160 this year. In 2007, the alliance counted only 80. More Americans are claiming no religion and many have taken on more outspoken and public campaigns. According to the 2008 American Religious Identification Survey, 15 percent of Americans are part of the non-religious population, or "nones," up from 8.2 percent in 1990. Many of these people will have been influenced by a negative experience of Christians and a political agenda and attitude that is too often equated with God's truth and Christian life. 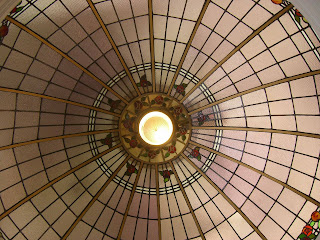 Thirdly it makes people nervous about bus travel. People start to think, well at least in my car the only crazy people traveling with me are people I knew before the journey started. Fear of being accosted on spiritual matters, concerns around being evacuated from the bus and an understandable anxiety over being blown to smithereens will make people less likely to travel by bus. This will make travel less sociable and will have a negative environmental impact. 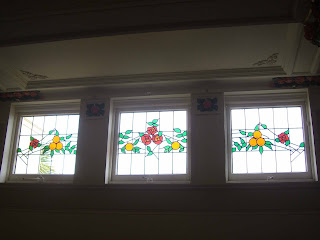 Fourthly it makes bus companies think twice about installing toilets on buses. Even as I write someone is probably doing a risk assessment concluding that the provision of toilets as a haven for potential terrorists or disturbed people is just too great. This will make bus travel more arduous, will probably provoke more passengers on buses to extreme action and will definitely further advance point three above. 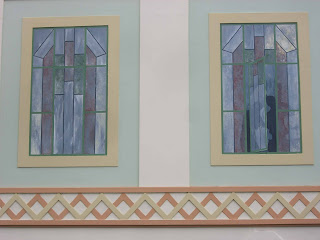 Fifthly it will make people think twice about going to Napier. This is not the first incident in the Hawkes Bay this year involving weapons, threats and hostages and is less serious than the ones before, which is partly why the police response was so decisive. Napier is a great city. it is the art deco capital of the world and a more friendly and peaceful place it would be hard to find. But even now there will be people cancelling bus tours and missing out on the delights of the Hawkes Bay in general and Napier in particular. 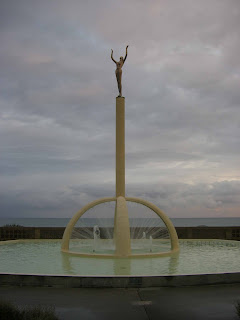 Which all just goes to show that experience alone is a poor teacher. I remember talking to a Dell computer repair guy, years ago before my conversion to Apple, when my screen needed replacing on my laptop. I asked him if they were generally reliable. "I am the wrong person to ask" he replied, "every single one that I see is broken".

It is sad to see a broken young man on a bus. But our first response should be to care for him and to look at what is breaking people in society. It does not necessarily mean that God should be dismissed, bus travel dismantled or Napier bypassed.

But if you are trying to talk about Jesus on a bus sometime, and people are not that inclined to listen, don't hide in the toilet and threaten to blow them up (at least not if you don't want them to get the wrong idea).
Posted by Nigel Pollock at 4:33 PM 1 comment: